Fill Out The Form Below For a Coupon.

Low Cost Vaccinations, Micro Chips and Wellness Packs and More! Select a Clinic From Mobile Clinic Schedule Today or Give Us a Call For More Details!

If you have cats, it’s pretty hard not to be filled with love and adoration for the fluffy little weirdos. Cats are amazing companions, but it’s hard to deny that they’re quirky in the strangest ways, and you wouldn’t be alone if you sometimes wondered if your cat is actually an alien disguised as an animal on earth.

While many bizarre cat habits are inoffensive, some of them can be annoying to deal with. What if we told you there’s a reason behind why cats do the weird things they do? By understanding your cat’s motivation and their inherent nature, it becomes easier to deal with some of their habits that could be causing you a headache. Here are some reasons why cats do those strange cat things they love to do:

Why Cats Always Try to Drink Your Water

Most cat owners can relate to the experience of their feline friend desperately trying to sneak sips from their water cups — even when there’s a bowl of fresh water sitting nearby. It’s not the worst thing in the world, but it’s not really fun to constantly be shooing your cat away either. Well, did you know that there’s a reason why cats often want to drink any water except for bowl that’s been prepared for them?

A peek into cat psychology provides some answers. Cats are natural hunters, and if they had grown up in the wild instead of your home, you can bet they’d be living off the land, eating prey that they hunt and kill themselves. Well, when you kill something and dismember it, what happens? A mess, that’s what. If there was water near their kill, cats would avoid drinking it for fear of contamination. Despite the fact that they eat their prey raw, they still have an instinct for what is safe and unsafe to eat, and apparently, they don’t like whatever might leak into the water.

So let’s go back to the household setting. If a cat’s water bowl is right next to their food, it activates those associations that are built into their instinct — they may seem the water as contaminated since their “kill” is in the food bowl right next to it. This results in them avoiding that water, so they try to drink out of any other water source they can find, like your cup. Want your cat to drink more? Place their water a fair distance away from their food and see what happens!

If you’re a cat owner, a prudent move is to have cat furniture that allows them to get up high and survey their surroundings. Cats love getting up high, and if you haven’t made these accommodations for them, you may be driven crazy by them trying to jump up on shelves and furniture that you’re trying to keep them away from.

In the wild, cats are apex predators who are also prey. This is a unique distinction, as most animals are either one or the other. Cats are some of the most efficient killing machines in nature, but they’re also small, making them targets for bigger animals such as coyotes and wolves. This trait explains a lot of their behaviors, such as being up high.

Cats in the wild love to climb high because it keeps them safe from their natural predators, but it also gives them a good view of potential prey below. This is another habit that’s baked into their instinct, so even though there’s nothing threatening them in your humble little home, you can bet they still enjoy climbing up to a vantage point and watching over their kingdom. If you don’t yet have a tall cat tree, we highly recommend getting at least one.

Why Cats Are Naturally Litterbox Trained

Unlike the other two points, this natural quirk of cats is a boon to pet owners, not a burden. One wonderful trait they almost all share is their tendency to do all of their business in the litterbox, without even being trained. For most cats, the only thing you need to do is just show them where the litterbox is, and a lot of times, you don’t even need to do that — cats have a good way of finding out where they want to pee, and the litterbox is the answer almost every time.

Why is this? Well, it goes back to what we said before about being predator and prey. In the wild, cats need to watch their backs, because even though they’re lean mean killing machines, they can also be bested by larger animals. So to keep themselves alive, they act like ninjas, moving silently and concealing their footprint wherever they go. A major part of this is covering up their waste — cat pee is the opposite of aromatic, reeking of ammonia in the worst ways, and their stool also produces a strong scent. So what do they do to cover their tracks? They bury it.

This, again, is something that’s deeply rooted in their instincts. You’ll notice that when a litterbox is unavailable (or exceedingly filthy), cats rarely just pee on a hard floor. They’ll usually find something that can provide makeshift cover, such as a pile of clothes, a bin of LEGO pieces, or your favorite blanket. So what’s the lesson here for pet owners? Make sure their litterbox is always readily available and sufficiently clean! As long as those two things are true, you probably won’t have to worry about potty issues in the home.

Are you a cat owner in the Garden Grove area? As helpful as it is to understand their nature, one thing that helps them the most is a veterinary checkup. There are all kinds of health issues your cats could have without even showing symptoms. By taking your cat to a pet clinic, you may catch problems before they become severe, or learn about something that may have already been going on for a while.

One other quirk about cats is that they’re experts in hiding their pain. So instead of waiting for a problem to present itself, be sure to take them to VetCare Pet Clinic, off Valley View and Lampson! We hope to see you and your kitty soon. Got questions about our practice? Be sure to contact us today! 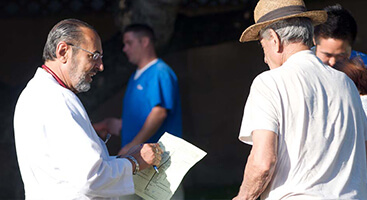 Quality service and care are what is delivered to our customers, and what they expect. VetCare Mobile Vaccination Services was created to be your animal’s neighborhood care center, meeting their needs... 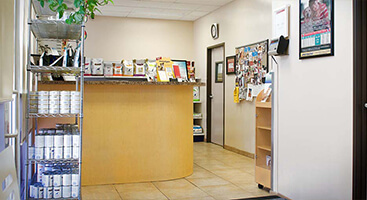 VetCare Pet Clinic's Hospital provides affordable spay and neuter services for your feline and canine friends. Spays and neuters not only prevent reproduction but also provide protection against several forms of cancer... 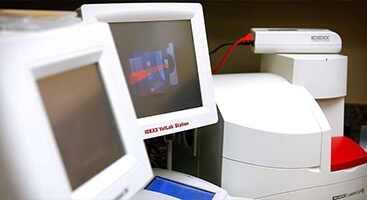 The most common and severe diseases that your animal can contract are usually easily prevented. Preventative care is one of the greatest gifts you can give your cat or dog. Regularly scheduled...